(Be sure to read part 2 of this post that explains how to grow and dry the herbs.)

The hardest part of growing an herb garden is deciding what to grow. I typically try to grow the spices that I use the most often. I also preserve much of my garden harvest which calls for a lot of dill, mustard seed, celery seed and others that I wouldn’t use much of otherwise. So plan ahead for what those canning recipes call for!

There are so many more factors you could base your decision on, such as space or light requirements. Some herbs benefit the rest of the garden by repelling pests, enhancing the flavor of other fruit/veggies or accumulating nutrients in the soil which helps other plants grow.

Once I’ve decided what herbs I’m going to grow, I plan my garden out in a way that places mutually beneficial plants together. This is called companion planting. For a comprehensive list of perennial and reseeding herbs that will come back year after year, read my post here.

Thyme – so easy to grow as it is a perennial that will live and grow for years.

Oregano – this is another perennial, but as a member of the mint family, it can be very invasive. Plants that spread like this are best in pots or raised beds.

Parsley – parsley is a biennial plant, meaning it has a two year life cycle. It is also very cold hardy so the harvest will last even after a few frosts.

Basil – start early from seed or buy transplants. Basil needs a long growing season and is very sensitive to cold.

Rosemary – grown as an annual in colder climates, rosemary is a perennial in zones 9 & 10.

Sage – another relative to mint, this perennial is a staple for seasoning meats.

Dill – dill is a biennial that can be direct seeded into the soil after the risk of frost has passed.

Chives – another perennial that grows in grass-like clumps. Just trim off the top when you need some for a meal.

Cilantro – succession planting will give you a continuous harvest. Cilantro goes to seed quickly if you don’t keep it pruned.

Cumin – cumin has beautiful small white flowers that produce edible seeds. These are dried and ground up to produce the cumin spice.

Mint – there are so many different varieties to choose from, just keep this contained or it will take over!

Garlic – more a veggie than an herb, but it can be dried and preserved as granules or powder.

Onion – make your own onion powder or dehydrated minced onion.

Peppers – you wouldn’t think of peppers as a spice, but where do you think cayenne powder, crushed red pepper and paprika all come from? I won’t list every variety of pepper, but they can all be dehydrated and crushed into powders or flakes.

I separated these out based on climate because the majority of growers will not have the option to produce these at home. They also wouldn’t classify as “herb garden” size since most of them require a ton of space. I only dream of owning my own tropical greenhouse someday!

Ginger – you can use store bought organic ginger root and plant it directly in the soil. Just break each node off and they will each become their own plant.

Turmeric – very similar to ginger tubers and can be planted the same way.

Cinnamon – this is actually a small evergreen tree. The inner bark is harvested to make cinnamon sticks.

Black Pepper – pepper is actually made from the dried berries of the pepper plant. It’s vines can climb over 30 feet and make a great feature on a gazebo or fence.

Allspice – this is a beautiful slow growing tree that can reach 40 feet tall. But it won’t survive any colder climates than zone 10.

Bay – leaves from the Bay Tree can be dried and used whole in soups, sauces or on meats. If properly pruned they can be used as attractive topiaries; left to the wild, they can grow up to 50 feet.

Vanilla – vanilla is a climbing vine in the orchid family. It has beautiful flowers and can be grown in a container with a trellis.

These are some lesser known herbs which are mostly used more for specialty spices, herbal teas and medicinal remedies. But I thought I would include them for gardeners looking to expand their apothecary cabinets!

The list could go on and on. There are hundreds of edible and medicinal herbs!

Any other herbs I should add to my list? Or any other tips you would like to learn about growing your own herbs? 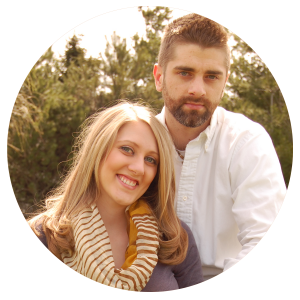 I’m Audrey – an avid gardener, home chef, do-it-yourselfer, parent and now, full-time blogger. My husband, Ben, and I have 3 beautiful children Liam – age 5, Colton and Elaina – age 2 (Yes, they are twins!). This is where we share our journey down the road to self-sufficiency and we hope to inspire others to do the same!

Unlock the Secrets to a Perfect Garden Layout! (A Reference Tool for Gardeners)3.2K Total Shares

How to grow an herb garden (and never pay for spices again!) – Part 1437 Total Shares

How to grow an herb garden (and never pay for spices again!) – Part 2374 Total Shares

Is Geothermal Right for You? (Taking Your Homestead Off-Grid)129 Total Shares